Where did this start? Do I blame the very enthusiastic gym teacher who came in and jokingly shamed the English Department into participating in Buskerfest? “It’s for a good cause,” he said. “Your department didn’t do anything last year.” But what should the English teachers do? Declaim poetry? Offer our services to write love letters? We are a bookish crowd, not well suited to busking.

Maybe I should lay the blame more firmly at the feet of my 75-year-old colleague, who has never met a crazy idea he didn’t want to try, and his partner-in-crime, a former drama teacher with a penchant for performance? Either way, when the Phys Ed teacher told us that the French department was singing French folk songs in the lobby, one of those two said that we would do karaoke. WE.

I had never actually done karaoke, though I’ve watched in awe as others sing with great enthusiasm in front of complete strangers. And, while I have been known to dance to the songs that play over the PA system before classes begin, I had certainly never done karaoke in front of my students and colleagues.

But here I stood, next to a jerry-rigged home karaoke machine in the middle of the main foyer, belting out “I Will Survive” in front of the principal, my laughing colleagues and an alarming number of students. I’ll admit, I was having fun, but I was also mortified.

Maybe my obvious combination of enthusiasm and embarrassment was just what the crowd needed: soon, one of my former students stood and joined me and my colleagues – a little vocal support or just wanting to be part of the fun? I’ll never know. As we finished, two more students, both new to our school and struggling to fit in, were at the mic, and the student who had joined me, joined them. Next, a quiet grade 9 student offered up an Ariana Grande song (“It’s the clean version, Miss,” she whispered, just before she took the mic and sang to the crowd). More and more people came – another teacher, some dance students – and my personal favourite: one of our students with a physical disability sang Shawn Mendes’s “It’s In My Blood” from his wheelchair as an EA held the mic. His delivery of the lines “Sometimes I feel like giving up/ But I just can’t/ It isn’t in my blood” sent shivers down my spine.

In the end, the English Department karaoke busking raised $123.65 during that lunch – but what it really did, somehow, was give everyone a place to sing. It’s the first time I’ve ever really understood karaoke, and I’m already thinking about a song for next year. 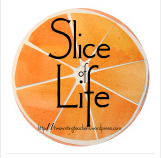